This is the third part of my article on George’s journal.  For the first and second parts, please see the entries posted on 15th June and 19th June 2015. 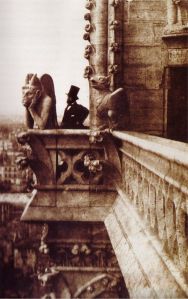 In Coventry, George was once again concerned about the drinking habits of the locals. Arriving on a Saturday evening, he found an inn to stay for the night, which appeared to be ‘respectable’ when he arrived.

We waited until every table was loaded with beer, pipes, cards and dice, and every one was busy in making preparations for convival comfort, and what was more dubious to our ears, every man, woman and child of them, began to test the strength of their lungs, by seeing who could talk and laugh the loudest, all together: without waiting to see who beat, we called for a light, and went to our room. Unfortunately, our room was on the second floor, and there was such a perfect uproar below that sleep was banished from our eyes, and we made ourselves as agreeable to each other as possible till the old Christian clock of St. Michael’s struck the hour of two; and then the drunken revellers, after abusing two hours of Sabbath time, began to reel into the streets. One after another, they went out, singing, or loudly talking, until the noise settled away in the distance in indistinct murmurs; and these were succeeded by a deep silence that soon brought upon its airy wing, what our weary limbs so much needed, a sweet and refreshing sleep.

George’s final major destination before heading for the continent was of course London. In common with most journals, there are extensive descriptions of famous landmarks, which ironically tend to be the least interesting aspects of journals from an historical perspective (most certainly for those interested in social history). The following quote will suffice in summary, in which George does better than most journal writers in capturing the impression made by a trip to London, in a few words:

I am sure, for once in my life, that I am in a great city – great not only in its immense population of two million souls, its thirty thousand streets and lanes, but great in royalty and princely wealth, in magnificent parks, palaces and monuments, in science, literature and art – everything.

Arriving in France, George immediately experience the age-old problem for a traveller: the language barrier. He found himself unable to understand much of what was being said, a problem that would persist for the remainder of his travels:

Yesterday forenoon we started from London, and after a delightful sail down the Thames, and a pleasant passage across the channel, of twenty hours, we were landed safely in Havre. And here my ears were saluted, for the first time, with the endless clatter of French tongues. Such a hurly-burly as there was among the boatmen; everybody was master, or wanted to be; everybody was hard at work, and yet nothing was accomplished; such tugging and sweating, accompanied every minute with “Sacre,” followed by a limber trill at least a yard long.

The beauty of Paris was striking to George, with the ‘magnificent trees’ shading the pavements, the ‘dazzling lights’ of the shops and the ‘matchless taste and skill with which the merchandise is arranged at the windows’. He was less impressed by the French people themselves, some of whom seemed to be experiencing what would now be considered symptoms of depression. In fact, depression was at the time just beginning to be recognised in diagnostic terms, and the French psychiatrist Louis Delasiauve was an early adopter of the term to refer to a psychiatric symptom, just a few years after George’s visit. George observed that the French ‘grow weary of life, and cast off its burdens by self-destruction, sooner than any other. Light-hearted and frivolous, they skip, butterfly-like, from one object to another, sipping a morsel of nectar from each; they can live and enjoy life until the frost comes and blights the transient flowers that have yielded them support, but when appetite begins to pall, and pleasure loses its power to charm, there are thousands among them who have no moral strength or courage to stand upon the solid ground, and withstand the ills of life.’ One morning in Paris, George was unfortunate enough to witness one such example of a Frenchman who had grown ‘weary of life’:

I started early one morning for the Hotel Dieu. As I was passing along the quay, just before I reached the Pont Neuf, a young man walked by me very rapidly, and passed on to the bridge. As I followed along behind him, I observed something peculiar in his appearance; his step was very quick, his arm swung backward and forward as if he was laboring under great nervous excitement, and his eyes were bent to the earth, as if he was lost in deep thought; he had got more than half way across the bridge, and some three or four rods ahead of me, when, in an instant, he leaped from the bridge, and was precipitated thirty or forty feet into the river. The alarm was immediately given, and several boatmen were near by, who pushed their boats into the river, and soon reached the spot where the unfortunate young man struck the water. In a few minutes they grappled him, and carried him to the shore. Efforts were made to resuscitate him, but it was in vain, the vital spark had fled; and as no one was there who knew him, the body was carried to the Morgue. Such occurrences are by no means uncommon in Paris, and they excite no surprise.

Typically for such a religious man, George attributed the high suicide rate to atheism and hedonism:

Afloat upon an uncertain sea, without any anchorage ground that can give the mind assurance and rest, they are constantly seeking artificial excitement; and when it comes, it thrills and vibrates along every nerve, absorbs every faculty, and becomes maddening and licentious. But during the intervals of excitement, ennui, remorse and gloom follow in the wake of excess, and their stings fill the mind with a disgust of life, and sometimes hurry it to the brink of despair. The next step is suicide.

George was once again disappointed with the morality of people he met during his travels, observing that ‘pleasure and fashion are the gods of this land, and it is no marvel that their worship leads to licentiousness.’ He was also disappointed with the churches he saw, which he felt were in a state of neglect, particularly the Notre Dame:

The Notre Dame is one of the oldest and most noted churches in Paris; its old Tuscan walls and towers stand as venerable monuments of the past, around which history and superstition have gathered sacred recollections. It has a large number of paintings, many of them very ancient, and by the best masters; but they are all dirty and smoke-dried, and the galleries in which they stand are so dark, that their effect is entirely lost.

He was more impressed with what he saw outside of Paris, with the ‘tidy and comfortable’ little villages. Although difficulty communicating was a barrier to really getting to know the ‘peasantry of France’, George was able to observe that ‘their condition is far better than that of the peasantry in England.’

Their garments are always clean and whole; the women do not go barefoot, with their legs covered with dirt and filth, but all of them wear stockings and neat wooden shoes; the French women everywhere are patterns of industry and neatness, and always have a kind look and a pleasant word for a stranger; there is none of that abject meanness, none of the dejection and sorrow among the French peasantry that distinguishes the poor classes in England, but with all their hard service, they maintain their self-respect, and always look cheerful and happy.

The social structure was also appealing to George, with wealth or poverty no barrier to friendly conversation between the classes. More than fifty years after the French Revolution, the country had settled down to become a place with ‘no such thing here as reverence for a rich man, simply because he is rich ; neither is there any thing like insolence or contempt towards the poor man, because he is poor.’

Every man in France has enough of vanity to make him feel that he is as good a man as there is in the realm. He may condescend to meet you as an equal, but he will rarely acknowledge you his superior. Go into the shops, or flower markets, among the meanest pedlars and cheats, and you see none of that cringing servility and obsequiousness that distinguishes the clerks of Washington street or Broadway; they are always ready to trade, they will talk with you, but never in a way to indicate that they regard you as a superior; they know how to sell their merchandise, but they never do it at the expense of their personal consequence and dignity.

The final entry in this essay will follow in a few days, in which George’s journal takes on an entirely different tone as he travels through beautiful countryside into Switzerland, and treks across the Alps.  If you would like an email reminder, click on the Follow button on the right.