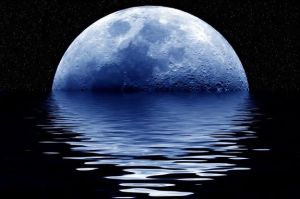 Between November 1803 and January 1804, 24 issues of a twice-weekly magazine were published under the title The Man in the Moon.  They were collected together in a single volume, published in 1804.  The online scan of the book from the Harvard archive lists the editor as William Smelley, although no editor’s name appears within the pages of the book.  I have been unable to track down an original copy of the book, or confirm that the editor listed is correct, or find any information about the editor, without devoting far more time than is justified by a ‘snippet’ article.  If anyone has any insights into this I would welcome any comments.

That note aside, to get to the point of this ‘snippet’, The Man in the Moon is a fascinating critique of many aspects of life at the turn of the 19th Century, told through a fictional framing method of a man travelling from his office on the moon to observe life on Earth.  All very tongue-in-cheek, he has conversations with the writer about his opinions on the world, and things he does not understand, which gives the writer the opportunity to put forward examples of aspects of society which would seem foolish to an outsider.  A good example is in the eighth issue, in which the subject of taxation is examined.

The mistake of modern financiers is derived from their having more knowledge of Cocker’s Arithmetic, than of common life, for they very wisely and profoundly infer, that if A. being worth ten thousand pounds per annum, pays five hundred pounds tax, that B. having only one hundred pounds yearly income, will only pay five pounds tax; not at all considering that it is nevertheless unequal from the inequalities of the situation of A. and B.; as the one has scarcely enough for the common necessaries of life, and the other a super-abundance. The arithmetic of an Income Tax may then take a dividend from a man who has nothing to spare, or perhaps a small uncertain profit inadequate to the common purposes of life; nor will supervisors charitably make an abatement for those imperious demands which propriety enforces on persons of certain situations in life, even after all the odiousness of exposition. Thus the man who is obliged to make a decent appearance in society suffers all the injuries of degradation from the effect of an insupportable tax.

Cocker’s Arithmetic, for anyone wondering, refers to a school text book first published in 1677, with over 130 subsequent editions.

There is always superflux enough in a country to furnish the supplies of the most expensive war. It is the wisdom of taxation to find out the superfluities, and there-to fix, till it may suck out the poison of excess, and by a virtuous subtraction lessen the moral and physical evils of life; taxation would then be made subservient to morals, and ministers become the economical surveyors of wholesome provisions for the people, a new appointment. But all ministers are not Mentors, they sometimes, like other people, wait for experience to inform them of facts. The distress and inconvenience of an Income Tax soon appears among the middling classes, labouring with a dubious income, and using useless endeavours to keep up their credit, the payment of their rent, their baker’s and butcher’s bills, etc. in a constant state of insolvency in expectancy because, perhaps, they are honest enough to reject the artificial means of credit, too commonly made use of in the present day, by the mutual accommodations of paper, taught them from higher authority. It is then from the sources of real wealth and independence that the exigencies of a state should be supplied, and not from the scanty pittances of incapacity.

The subject of income tax was very topical.  It had been originally introduced less than 5 years before, in the December 1798 budget.  The reference to ‘expensive war’ concerns the French Revolutionary War, which Pitt the Younger had introduced the income tax to help fund.  It was briefly abolished in 1802, but had just been reintroduced in 1803, the year of The Man in the Moon series’ original publications.  Income tax remained a contentious issue and was again abolished in 1816, after Waterloo.  Finally, it was reinstated by Sir Robert Peel in 1842, and has remained a part of the British financial landscape to this day.

Co-writer on junkyard.blog. Author of windowsintohistory.wordpress.com. Editor of frontiersmenhistorian.info
View all posts by Roger Pocock →
This entry was posted in 19th Century, Books, Fiction, History, Politics, Snippets and tagged French Revolutionary War, Income Tax, Pitt the Younger, Taxation, The Man in the Moon. Bookmark the permalink.