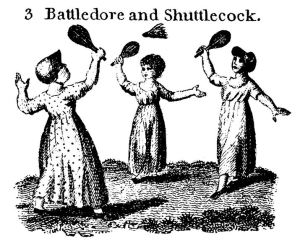 Snippets 199.  If you glance at that number to the left, you’ll see we are about to hit something of a milestone on Windows into History.  If you will permit a little self-indulgence, I thought it would be nice to return to the subject of the very first “snippet”, from way back in May 2015, The Autobiography of a Stage-Coachman, by Thomas Cross, published in three volumes by Hurst and Blackett in 1861.  It’s a book that’s well worth returning to, and not just because of the coaching anecdotes.  In the following quote, the author is describing his time serving in the Navy, and an incident where the crew meted out their own justice:

Now it came to the turn of a young Irishman, who had served about half his time, by the name of Nixon, to dine with the captain, a day or two after; and in the course of conversation at the table he was asked how the young gentlemen, meaning the midshipmens mess, did with the minimum of water to which they were restricted. In the simple and ingenuous manner that was natural to him, he replied, “Oh, capital! very well – indeed, they could do with half the quantity.” Whether the captain took him at his word and acted accordingly, I cannot at this distance of time pretend to say, but on his retiring from the table and coming below, his messmates flocked round him, requesting to know, as was usual with them, what the captain talked about; when he repeated the conversation, and foolishly divulged the error he had committed.

Upon this the majority of the mess took umbrage, and accused him of being the cause, from his folly or obsequiousness, in attempting thus to gain favour with the captain, of the privations they were about to suffer for the remainder of the voyage; and upon one or two of them saying he ought to have a good licking, it was quickly resolved, at the instigation of the doctor’s mate, that he should be tried by a court-martial of six of the elders of the mess, the senior master’s mate to be the president.

This mock trial was soon over; he being convicted by his own confession, there was no necessity for any further evidence; and the president, after a short consultation, sentenced him, in nautical language, to be cobbed – a punishment, I believe, only known on board ship. Resistance was useless, and he was immediately seized up to the aftermost gun on the lower deck; the captain having given the gun-room to the midshipmen for their better accommodation, it being more freely ventilated than the cockpit, consequently more healthy, particularly in a tropical climate.

By the artful advice of the doctor’s mate, who was no friend to the youth, and owed him a grudge, everyone in the two messes was included in the infliction of this punishment, on the pain of being served the same, or sent to Coventry.

The instrument selected for the purpose was what is called by the ship’s cook the “Burgoo-stirrer”; in shape it resembles a large battledore, and is generally made of some hard wood. With this formidable weapon each one was to give the culprit six blows upon the most fleshy part of his body – which, though not uncovered, presented, from the attitude to which he was confined, an unmistakable mark.

A battledore is a paddle-shaped bat, used for a game played with shuttlecocks, a forerunner of badminton.  A similar implement with the same name was also used for washing and beating clothes.

Please join us next time for the 200th snippet!