Offended by the view. 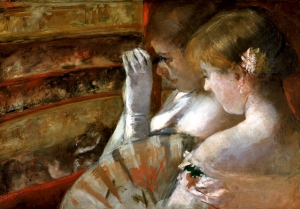 Max of the Month 3.  When reading non-fiction books from the 19th Century, one finds no shortage of great writers who have now been largely forgotten. However, occasionally a writer comes to light whose work is so entertaining, and who was so incredibly popular in his lifetime, that is it almost inconceivable that he is not still a household name. One such author is Max O’Rell.

This month’s quote from the writings of O’Rell is taken from John Bull’s Womankind, published in 1884, which focusses on women in England at the time.  O’Rell was from France, so this was an outsider’s perspective.

I find the following anecdote in the Pall Mall Gazette:—

“A foreigner well known in English society sends us the following amusing account of his bathing experiences in England:—

“I have been much amused by your suggesting to the ladies who object to bathers in the River Thames the use of their inevitable companion, the parasol. Let me relate what happened to me last year while a temporary resident in a quiet seaside place of great renown. I was in the habit of bathing off a boat, for which purpose I was rowed out a couple of hundred yards or so from the shore, where I divested myself of my “many” clothes and donned the “few” generally worn by bathers. I practised this favourite pursuit of mine unmolested for several days; but one fine afternoon I indulged in a game of tennis with the vicar of some parish or other in the neighbourhood, and he gravely “took the opportunity” to inform me that among his pious flock there were two venerable old ladies, who — having a house facing the sea and close to the spot whence I embarked for my daily revelry — were much distressed in their minds by my proceedings, and, as they had disburdened their souls to him for consolation, he earnestly begged me to see my way to relieve the old ladies from their dire grievance. I told him I should get myself rowed out a hundred yards further from shore, and the good priest much applauded this resolution which would in his opinion prevent any further mischief. However, the gods willed it otherwise. The next day the vicar informed me — not without a suspicion of a smile on his face— that the two “venerable dames” could still see me quite plainly… by means of a “capital binocular.””

We would rather not attempt to describe the despair of the noble foreigner.

There is nothing like a good telescope, if you want to see well.

Max O’Rell was born Léon Pierre Blouet, but chose a pen name to avoid any embarrassment in his role as a teacher at St Paul’s School in London. He had worked there since 1874, and the same year married his English wife. Such was the success of his writing that he resigned in 1885 to tour, lecture and write full time.  O’Rell wrote more than a dozen books, which fall broadly into two categories: characteristics of different nationalities, and characteristics of women.

If you enjoyed this blog post, please consider sharing on Facebook or Twitter, to help other people find and enjoy Windows into History. You can keep updated each time I post a new entry by clicking on the follow button on the right of the screen. I welcome any comments or suggestions, and will consider guest posts.

Author of windowsintohistory.wordpress.com Co-writer on junkyard.blog Editor of frontiersmenhistorian.info
View all posts by Roger Pocock →
This entry was posted in 19th Century, Books, Britain, Christianity, England, History, Max of the Month and tagged Max O'Rell, Women in history. Bookmark the permalink.